Text of Complaint by Saif khan:

Worst service ever!!! Third class follow up from daikin, “a reputed company”
I bought a daikin ac from sahani electronics, station road, pilibhit. It stopped working in the 12th month which was the last month of warranty, I called customer support to get my issue resolved it got answered after making 15 calls then I got a contact no. of an executive who’s name is Mr. Vikas. He sent an engineer to my home and the engineer found some cooling coil issue he said the coil needs to be changed I paid him ₹2700 for that service (even when it was under warranty) however it stopped working again just a few days later, I called Mr. Vikas again he sent some other guy he said that the compressor has some issue he fixed it and told us that the issue is resolved but the issue was still not resolved there was no cooling in the room. It’s been the most horrible experience. I called the executive again he didn’t take any of my calls then I went back to the customer support, made so many calls and raised my issue but got no response from anyone, it’s been 2 months now my ac is still not working.
Now I am sure that sahani is totally fraud they gives assembled ac in the name of daikin. I want proper justice in this issue! I request authority to provide me another split ac which is original and not assembled by some frauds!
It has been the most horrible experience!!! 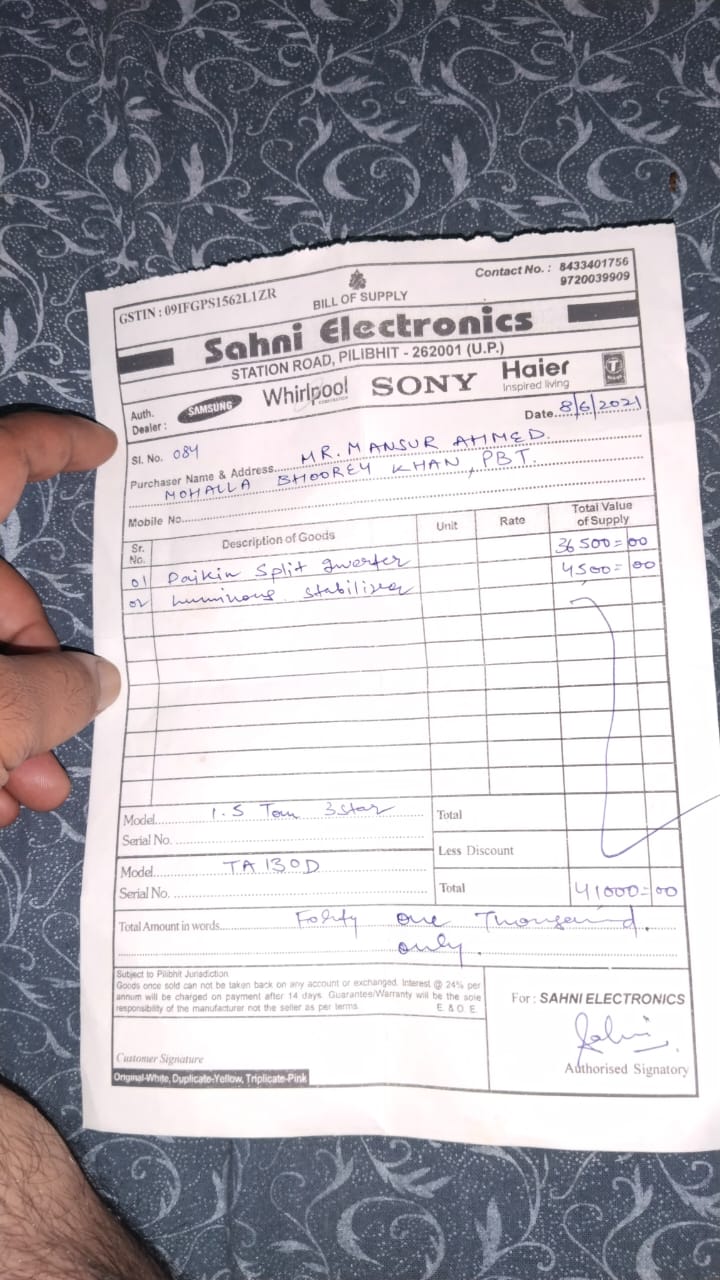 5 thoughts on “Regarding daikin split ac”