The person who had called me first day his name was Manish, he said speaking from Tamil Nadu. He said me he has a job vacancy for data entry so I said I’m interested.

Then he proceeded and asked me to share my aadhar ID for registration. He further said after registration I’ll get data entry portal and login I’d password in my email ID. After few minutes I received login ID and portal address. They also shared helpline number for if I have any issue I can contact them on that number.

What actually happened, from the very first day I was getting error there on portal and it was not working, so I contacted the helpline number but they didn’t answer. I tried multiple times and only 2 times they received and the person name was Pramesh he said he will call me after 2 hours for resolving the problem.

Nobody called and they all acted completely fake. No support, no update, all fake numbers , all fake documents.
This is there Portal Address http://onlineworkload.in.net/

After one week, today I received a call from a person who said speaking from Coimbatore told me a legal action will be taken against me and he also shared an email to me that I have attached because I’ve not completed the work.
How to complete , they were not responding. No body was there to help. Not even support people answering the call. Totally fake and scam and now they asking me to pay penalty.

I demand you to investigate and take legal action against them. I have read many same issue on other complaint sites and many other people have faced the same issue. They fraudsters playing smartly. Here is the link of the same issue that people have submitted.

Go Typer company who is asking me for penalty was last modified: August 8th, 2022 by Consumer Court
Image Uploaded by MD AZAM ANSARI: 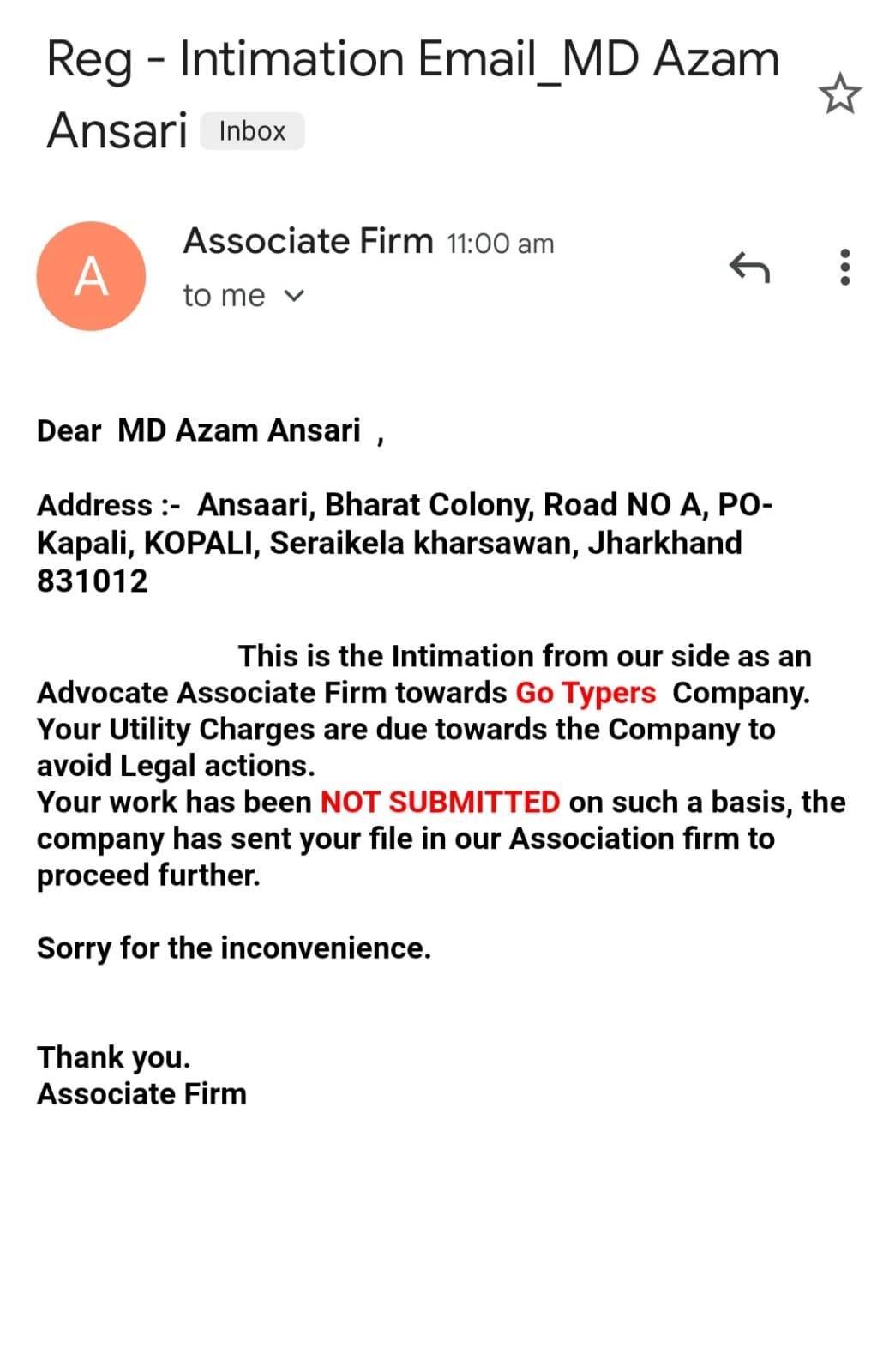